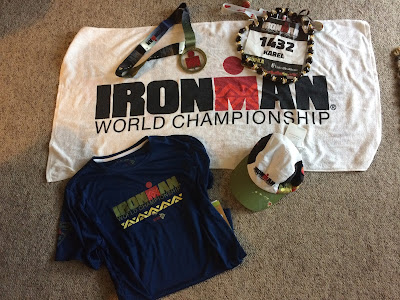 The behind-the-scenes moments of training for an Ironman are far less exciting compared to highlighted moment when an athlete crosses an Ironman finish line.

Nobody said that training for an Ironman will be easy (or racing in one) so you better believe that in order to prepare for a 140.6 mile event, sacrifices will be made, investments are necessary and you need a lot of determination, dedication, grit and perseverance.

Identifying yourself as athlete, especially as an adult, does not make you less of a mom, dad, employee, caretaker, boss or whatever other important role you have in life.

Competing for 140.6 miles is mentally and physically exhausting. It's quite understandable why all the many months of training, and long workouts to build endurance, are so necessary to prepare for the extreme event that is "Ironman".  Commitment to training, along possessing the motivation and discipline necessary for a high level of success in sport, is all based on self-identity as an athlete.

While it is not beneficial to have too strong of an athletic identity where you over-commit to training and lose your purpose of life (parent, spouse, employee, friend, etc.), sport can make you a better person and being an athlete can serve many positive roles in your life.

Being an athlete is part of your lifestyle but it doesn't have to be your life. No one forces you to be an Ironman athlete - it's a choice. You WILL have to make all kinds of sacrifices in order to succeed. It is important to surround yourself with a strong support system, with a supportive team, who all understand your desire to excel in your sport.......because you are an athlete.

--------------------
What a season it's been for Karel. Three overall race wins (Toughman Half, Lake James 50, Mountains to Main Half) and two incredible Ironman performances within 8 weeks of one another (Ironman Austria and Ironman Mont Tremblant). And he topped it all off with a Kona qualifying race (and the fastest amateur male run split) at IMMT.

Just 6 weeks after IM Mont Tremblant, Karel arrived to the 2016 IM World Championship start line with a healthy body (despite a few niggles), a motivated mind and absolutely no expectations.
The nerves were low and the excitement was high.
Another opportunity to race in the Ironman World Championship and a 7th time to race in an Ironman.

Karel put together an incredible race performance to finish a very successful season.

As I mentioned on my Trimarni Facebook page, it may look as if Karel is a really fast Ironman runner based on his 3:10 IM Kona run time, which put him as the 7th fastest AG (40-44) run out of 246 AG finishers.

Certainly, with three "fast" Ironman marathon runs (3:06 at IM Austria, 8 weeks later, 3:08 at IMMT and 6 weeks later, 3:10 at IMKona), it's easy to assume that Karel is a resilient and fast runner off the bike.

But a better way of describing Karel's Ironman successes is that he has raced 7 Ironman distance triathlons since 2013 and he has never had a bad performance.

Karel is an athlete. He identifies himself as an athlete. His life isn't triathlon but triathlon is part of his life.
He is dedicated, disciplined and determined with everything that he does in life, including his sport.

With a well-deserved off-season in front of Karel, there's no other way to describe this season as it was a big SUCCESS.

Karel put together a solid swim, bike and run and outperformed his 2015 IM Kona race by 23 minutes.

What a performance on a very tough course, under extreme racing conditions, among the best athletes in the world!

Although the finish line and post-race pictures show that all the hard work paid off, Karel and I will both tell you that the behind-the-scene moments included a lot of sacrifices, investments, tough workouts and patience.

Being an athlete is tough but that finish line experience always makes it all worth it. 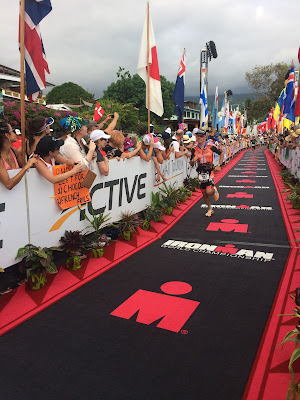 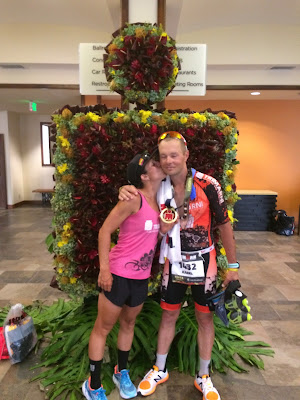 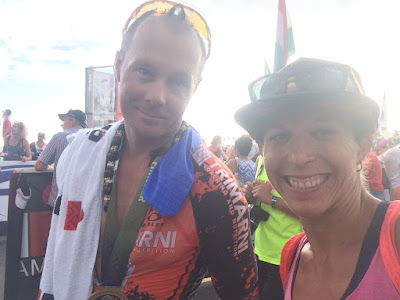 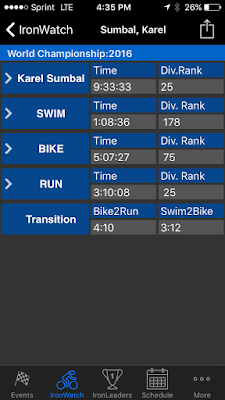