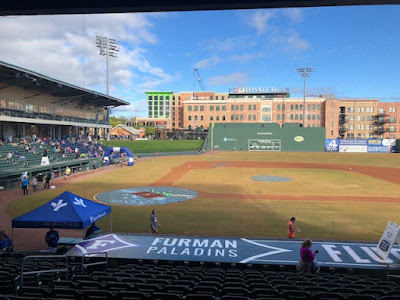 Prior to transitioning to triathlon racing, I considered myself a swimmer turned runner. Since the bike was unfamiliar and somewhat scary to me, I found running to be the easiest sport to do - anytime and anywhere. Living in Florida also made it incredibly easy to find a running race to participate in, almost anytime of the year. Although I struggled with hip/back issues in 2007 while training for my first Ironman World Championship (2nd Ironman), those hip/back issues lingered on for many, many more years to come. Interestingly, there's a connection between my chronic hip/back/glute injuries and running races. From 2008-2012, I would dedicate the spring, summer and fall to triathlon training and then focus on running (with a few half marathon running races) in the winter. Although I didn't give up swimming or biking during the winter, my focus shifted from triathlon to running. I always thought that this approach would make me a better runner as a triathlete (or at least I kept telling myself this) when in reality, it actually made me worse of a triathlete....because I kept getting injured. I was also not getting any faster with my swimming or cycling. Although I was able to finish triathlon and running races, there was a link between my injuries and running races. After a summer of triathlon racing and into a few months of run training, I would always find myself injured come the spring. This cycle continued year after year after year.....for five years. There were many times when I wanted to give up the sport of triathlon because I thought my body was not healthy or strong enough to accept the training. Thankfully, with those learning lessons came a new appreciation and strategy for how to best train for triathlon races. I'm happy to say that I am having more fun than ever, staying healthy and injury free and continuing to get "faster" as a triathlete.

Seeing that the last running race that I specifically trained for was in the late winter of 2012 and I have not been injured since May 2013, I've learned several important facts about the difference between triathlon training and running training and why I feel the majority of triathletes should not train specifically for running races: 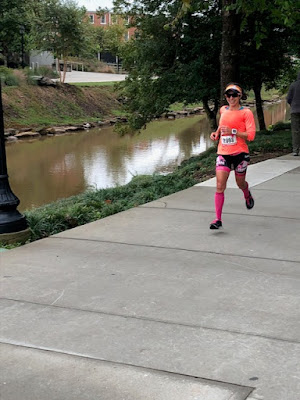 After IMWI in Sept, I was not ready to end my triathlon season, however my triathlon racing options were limited due to upcoming travel (Karel's races). After coming to terms that my triathlon season was complete for 2018, I decided to look into some fun events to keep me fit and to give my training a bit of purpose. Although the structure of my training changed week to week (let's call it loosely structured), it was nice to have a few events on my schedule to keep me motivated and excited to train. Plus, I was not ready to have my official off-season just yet.

After "racing" the 2.4 mile Kona swim and then the Hincapie Gran Fondo (80 miles), I decided very last minute (Wed last week) to register for the local half marathon in downtown Greenville. I had no plans on participating in a running race this year (or anytime soon) but my body was healthy and strong and I have been enjoying running lately (which is sometimes rare for me as I have a love/hate relationship with running sometimes). I heard about the SpinxRun Fest and I thought that it would be a fun event to officially end my season. It was also a way to complete a triathlon spread over 4 weeks (swim, bike and now run event). The big kicker for signing up for the half marathon was that the race was not flat. With around 650 feet of elevation gain and lots of turns, I knew I would have fun with this course. Not having raced a half marathon since 2012 also had me feeling excited and not at all nervous as I had a beginner's mindset going into this race, with no expectations or pressures. Seeing that most of my runs off the bike in a half marathon are around 1:39-1:40, I figured that anything better than that would be a successful run. Although I have a PR of 1:31.51 (flat course, 2011 Subaru half marathon), the thought of averaging around anything less than 7:30 min/miles seemed impossible since I never hold those paces in any of my training runs.

I left my house around 6:10am on Saturday and left Karel to his training later that morning (one weekend left until he races IMFL in Haines City). I do have to say that it's been nice having a few "fun" races to keep me to my normal routine. It also keeps me doing my own thing and out of Karel's way as he stays mentally committed and focused on his upcoming Ironman.

I arrived to the race venue in downtown Greenville, just across from Flour baseball stadium around 6:30am. With the event not starting until 7:30am, I felt like I had so much time to kill. So different than a triathlon event to just show up with a pair of running shoes. The weather was absolutely perfect for running in the low 50's. Although it was a little windy and overcast that morning, it was still perfect for running.

I made sure to do a long warm-up so I jogged, walked and kept myself moving for a good 15 minutes (1.5 miles) as well as some extra walks to the bathroom inside the stadium. It was fun to surround myself with so many runners (there were other race distances like a 5K, 10K and marathon). I ran into my friend Kristen and her hubby as well as a few other familiar faces. I really do love our Greenville running/triathlon community, everyone is so nice.

When the gun went off, I started running what felt like an easy pace up a small incline on the road. After a few minutes, I looked down at my watch and it was showing numbers in the 6:20's. I decided to "run" with it and see what would happen. I found myself near the front of the race (the half and full marathon athletes started together) and the field started to quickly spread out. The course was very hilly so there were very few sections to settle into a rhythm - which probably worked well in my favor being a triathlete who enjoys hilly/hard courses.

After the first 5K, I was waiting for the effort to get tough. It wasn't too long later when my energy started to dwindle. I wasn't having trouble breathing but my body was a bit confused by this effort as it is something I never train (aside from higher intensity intervals on hills or the track, which are both very short 2-4 minutes). My form felt good so I kept focused on my form. I also had to remind myself that this was not a triathlon as I found myself slowing down and resorting to a steady sustainable effort that feels much better to me than a stand alone half marathon effort. To be honest, I wasn't really sure what I was suppose to feel but I knew it was a running race and I should be suffering a bit. I really tried to work the up and down hills and push on the flatter sections. It helped to be around other runners for you get sucked into their paces (something I'd never do in a triathlon as it's all about pacing your own race). Although I packed my hydration belt in the car (with flasks filled with nutrition), I decided last minute not to wear wear my hydration belt for this race but instead, carried a very small flask with an Enervitine gel (225 calories worth) and grabbed water at each of the 5 aid stations. I sipped the flask every time I needed a little pick-me-up.

I tried to take notice of our beautiful Greenville and Falls Park but I was so focused on my effort that I had to use a lot of mental energy to keep myself going. My body kept wanting to slow down but I used some powerful mental talk to keep myself going. My mantra for the day was "you signed up for this and there's nothing else you'd rather be doing this morning than this."

Nearing the last few miles of the race, we approached some longer climbs. I actually liked this more than the punchy climbs as I could use my strong legs to carry me up the longer hills (and downhills). I was surprised that I wasn't feeling too fatigued throughout the race and I could keep good form. I just didn't have anything more to give in terms of speed. I got passed by a few girls in the last 6 miles but I wasn't upset about this as I reminded myself that I am a triathlete in a runners race and it's all about me and the clock. Not knowing what I would be able to do in terms of a finishing time, I was in shock when I looked at my watch in the last mile and did some quick math that I would be well under 1:35! As I sprinted my way into the stadium and around the field, I gave it all I could (if you know me, I'm not much of a sprinter) to finish in 1:33.10 (per my watch). There was a timing issue so they didn't have my official time (along with many other runners) so I had to give them my watch time.

I was thrilled with my performance and I couldn't help but give my body a huge thank you for being healthy, strong and injury free. While I think this run time is super fast for me, I'm proud of how my body responded to this type of effort at this distance. While I didn't train specifically for this race, I feel my previous triathlon training provided me with the strength to be great at not slowing down. This was the perfect end to my 2018 triathlon racing season and a sign that my training is working for my body. I am feeling motivated, excited and grateful for what my body can do in 2019.