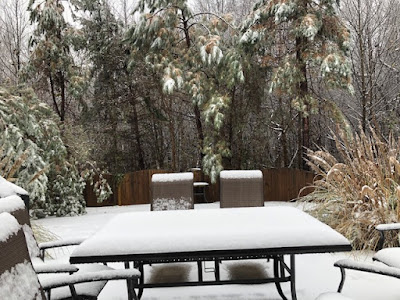 We live in a beautiful area just outside of Greenville, touching on Traveler’s Rest. We picked our house/neighborhood because we can bike/run from our doorstep and be on our way to the mountains (by bike) in less than 40 minutes). We encounter minimal traffic while exploring country roads. But living in a tree-filled area with a lot of cables intertwined between tree limbs comes at a cost – we easily lose power.

On Sunday morning around 6am, we woke up to a beautiful scene outside – several inches of white puffy snow. For Greenville, this is a rarity as it only snows once, maybe two or three times per year. Although the weatherman predicted the snow, we didn’t expect so much of it.

Campy was not impressed with this situation. 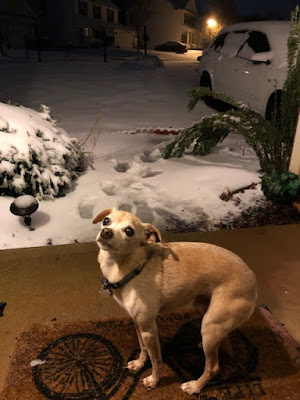 We warned Campy that his worst day ever was about to happen as soon as he got out of bed. He woke up to a nightmare. Typically, Campy does his morning business in our fenced backyard but we knew he wouldn’t go anywhere in the front yard once he saw the snow. I put his collar on him (just in case) and when we opened the front door for him to explore the great outdoors without a leash, he sprinted all but a few steps outside before he turned in the other direction and ran back inside. It literally took us until 11am for him to pee outside (his last pee was around 9pm the night before). Campy wanted nothing to do with outside and even clearing the ground for him, walking him outside and showing him that nothing would happen if he peed in the snow, he wanted nothing to do with the horrible cold white stuff outside. I guess when you are tipping over 10 lbs and you are 11 years old, you deserve to be a little over-dramatic. 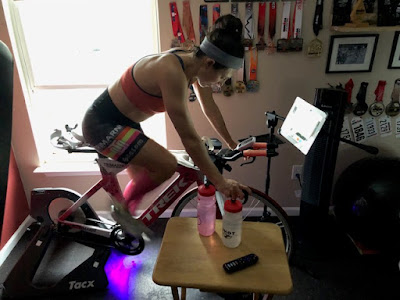 Luckily, my Tack Neo trainer can power itself without being plugged into the wall so I was able to get in my 75-minute heavy-gear interval workout. After I was finished, Karel put his bike on my trainer and he was able to get in his workout as I did about 20-minutes of ECFIT strength. 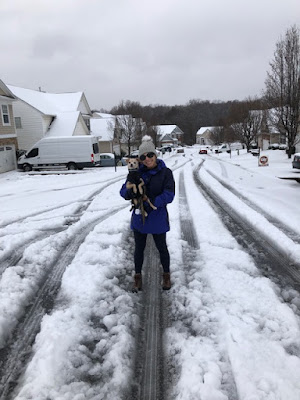 As for the rest of the day, I stayed very productive cleaning and organizing our office for several hours. Then, we went for a long walk through the snow. 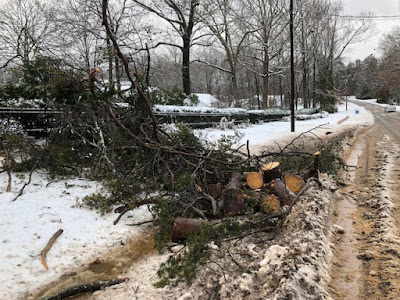 We saw three two big trees that fell over the power lines – which were also blocking the road. To get Campy outside, he walked a little but most of our hour walk was me carrying Campy so his feet wouldn't freeze. 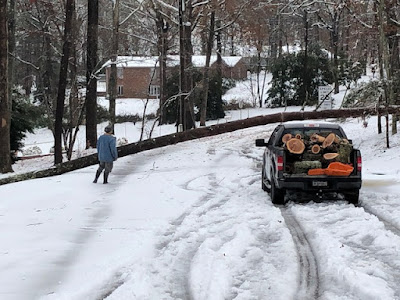 We finished the day with a delicious hot dinner made on our outdoor grill. We roasted veggies, cooked frozen pizza and cooked eggs on a pan – all inside the grill. It was so nice to have a warm meal. We then each read on the couch, close to the gas-fire and by candlelight (and a headlamp) until we started to get very tired around 7pm. Since it was so dark in our house, it only seemed appropriate to go to bed as we had nothing else to entertain us. We slept a solid 10.5 hours in our cold house, snuggled under the blankets and with all three furry kids on the bed to keep us warm. We woke up to another morning without power and now just waiting to see when life will get back to normal for us. 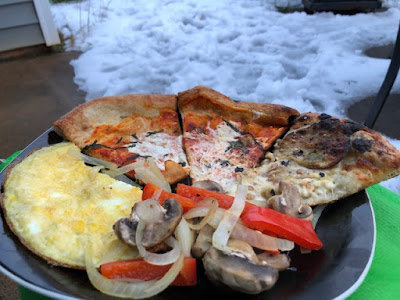 It’s an interesting experience to lose your normal routine due to a loss of power and cable/internet. During times like this, it’s easy to take for granted how often we flip a switch and rely on power. It’s also crazy to think how connected we are and how much we need the internet. Karel and I are inundated with emails and work tasks after just one day of not having the internet. Although we can go without the TV, our life/business revolves around the internet. It’s interesting how gadget/electronic obsessed our world is becoming and yet, we can’t have any of these “things” without power. While most our designed to make living easier, quicker or more productive, it’s easy to forget that none of these “things” work without power. Long gone are the days of simplicity where a small radio, camping gear and batteries are the "simple" everyday things that help you survive a snow storm. Of course, living in the "south", it is rare for us to get a snowstorm like this but then again, it's happened to us almost every year. Perhaps it's time to invest in a generator?

Take some time today and take note of your normal routine.

How long would you be able to survive without power/cable? 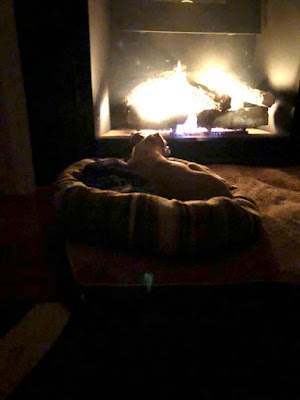 We would like to send a HUGE thank you to our athlete and friend John S. who provided a generator to us to help power our 75-gallon fish tank. We nearly lost over a dozen fresh water fish this morning as they were without bubbles and in very cold water. We have a battery bubble operator but they were still so cold. Thank you John! Our fish are swimming happy (and Karel can now have his coffee). 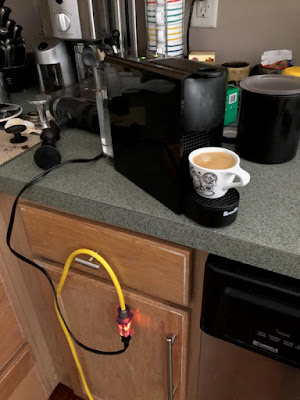 Also thank you to our friend Kristen and her family for letting us steal her internet for most of the day. Campy, of course, took over the house. It was nice to get some work done in a house that was warm and cozy.