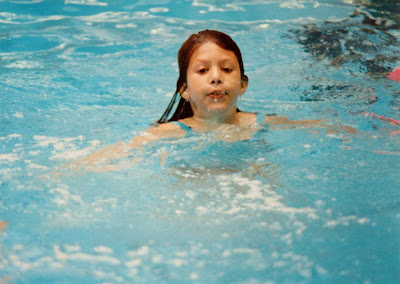 I found from a very young age that I was born to be a swimmer. Chlorine and a bathing suit were my two best friends, alongside goggles and a cap to match. I loved to swim…and the cute boys in speedo’s were an added bonus.  In high school and college, I specialized in 200 butterfly, 200 IM and 100 breakstroke but never really enjoyed “distance” swimming. 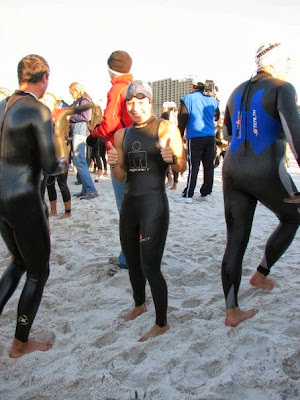 Who would have thought that in 2006, I would be standing at my first Ironman start line in Panama City Beach, about to swim 2.4 miles in the ocean and commence on the longest day of my life. A day that made me excited because it was finally here and I could put months of training to the test, but also a day that made me nervous for the unknown is a scary thing.  The Ironman race day was overwhelming before it even started because I was asking a lot from my 24 year old body to prepare for the event and to arrive to the starting line healthy and injury free and after we succeed in that task, I then had to ask my body to work for 140.6 miles, hopefully without fail so that I could finish what I started and earn my well-deserved medal and t-shirt. 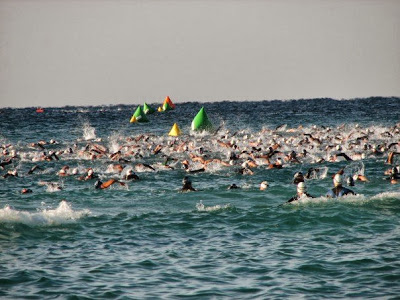 Very new to the sport, I kept focused only on myself. I didn’t know the other 10 girls in my 18-24 age group or what it would feel like to cross the finish line so I figured the only thing within my control was how I planned to execute on race day. Someone it all worked out because I had a dream. To be an Ironman. A dream that woke me up every morning to discover the impossible and to challenge my “I can’t do this” thoughts. One day, that dream turned into a reality and after swimming 2.4 miles, riding 112 miles and running 26.2 miles, my swimmer turned triathlete body was nearing the finish line of my first Ironman. And even more exciting, I was won my age group by 50 minutes and secured the only slot in my age group to race in the Ironman World Championship the next year. 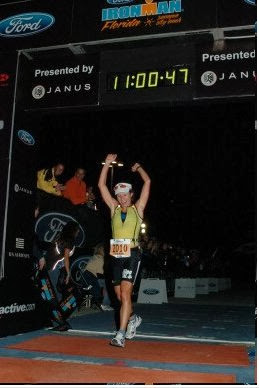 It’s easy to describe the beautiful ocean in Kona, Hawaii. It’s like swimming in a fish tank with sea turtles and brightly colored fish all around you.

There are dolphins playing in the distance and a garden of coral under your feet. It is truly paradise and makes even the most inexperienced swimmer feel comfortable in the big blue sea.

But the Ironman World Championship swim is hard to describe. The fishies and sea turtles are still there but they know better than to be around 2000+ athletes fighting for pockets of clean water. 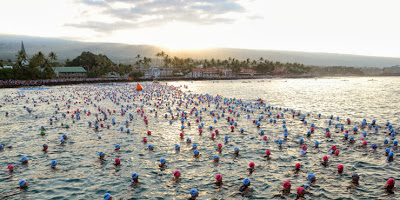 The garden of coral is hidden due to choppy water and the dolphins are likely laughing at us from afar, as our swimming has nothing to do with efficiency and we are far from swimming beautifully in the water.

The start of an Ironman swim is chaotic and so is the rest of it. 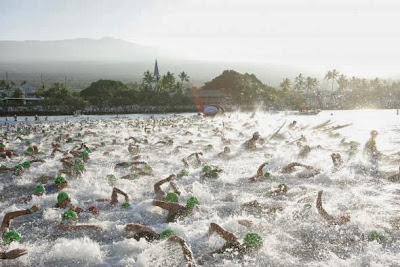 In my last two Ironman articles, I discussed smart swimming and mastering the mass start. The IM World Championship is an entirely different beast for instead of 100ish Kona contenders in the water at a respective Ironman event, the playing field is even. Certainly, there are different calibers of swimming ability but every athlete has earned his/her spot to race in Kona because they are a fast and smart all-around Ironman athlete.
The Ironman World Championship swim course is an out and back course with a right hand turn around the Body Glove boat.


Typically, the swim out to the boat is congested, especially at the beginning. After floating in the water for 15 minutes, the feeling is extreme when 2000+ carbo-loaded (and likely caffeinated) bodies, that are anxious to explode with movement, all are set free by a cannon explosion.  Despite the Ironman being all about pacing and endurance, the beginning of the Kona swim is fast…and involves very few swimming strokes. It’s survival to the first buoy and the hope that there is clean water to at least put all that pool work to good use.
Having experience at Kona allowed me to PR my overall time, as well as setting a swim, bike and run PR for my 3rd Ironman World Championship.

Knowing how exhausting it can be to swim in Kona among so many talented athletes, I decided to be smart on the swim. There's a saying that you can't win the race in the swim. Well, you can absolutely exit the water feeling exhausted and question how the rest of the day will go. If you don't pace your race, all those long training hours on the weekends will be of waste.

I trained hard for Kona so I trusted my swim ability entering the race. But, my goal at Kona was to race as smart as possible. So, instead of fighting for a faster time, I choose to let others do the work and I would just swim steady. I did not try to fight, I did not get aggressive and I was not worried about my time. I had a goal of 1:03-1:05 for the swim (my PR swim is 1:01.10 – with wetsuit at IM Lake Placid) here in Kona but even if I was over that, I was not going to let it run or ruin my day. My #1 goal for the swim was to exit the water feeling fresh and energized to bike for 112 miles (also knowing that a 26.2 mile run in the heat was going to end my day).

I found a few pockets of clean water which made me smile, until those pockets were filled with faster athletes behind me and us catching up with slower athletes. This boxing-like atmosphere continued for the entire swim, although there were moments when the fight was not as aggressive. Like in any race, every high has a low to follow and every low will reach a high. The goal for the IM swim is to just keep moving. No matter your fitness ability, just stay calm and know that you have the entire day ahead.

As I neared the Body Glove boat, I checked my 910XT watch (set on multisport zone) and it read 30 minutes – wow! So impressed with this time, I was really happy that I was able to swim smoothly in the water (haha – ok, relatively smooth despite a few smacks on my body). But, I didn’t let it get to my head. I kept with the same effort as I found myself in a group of blue (male) caps and figured it would be good to draft with them as oppose to looking for clean water and risk a faster/slower time with more energy expenditure.

I stuck with this group in the choppy water, which always feels a bit worse on the way home. I didn’t sight very much as I knew we were all heading in the same direction and I managed to stay rather close to the buoys to know I was on course with my other dozens of new swimming buddies.

The pier seemed to be non-existent. I didn’t want to look at my watch too much to get disappointed but I checked the yards and it read 3400 (4200 yards in the IM 2.4 mile swim). Whewww, almost there. Now where is the pier? Finally, I lifted my head up and I could see the transition area and people alongside the water’s edge.

The water became very choppy and very congested all at once. I seemed to be stuck in a crowd with no where to go so as I glanced at my watch, clicking past 1:05, I knew I was going to be a bit over my goal pace but there was nothing I could do about it. I somehow made my way through the mess of athletes and once my 5 foot body could touch the ocean floor, I unzipped my speed suit – oh wait, never mind – I didn’t have one!


So, with one less thing to worry about as I was running out of the water, I found a spot on the staircase to carefully run up and I removed my cap and goggles and I ran through the hoses to rinse off. Oh – so refreshing after swimming in salt water for 1 hour and 7 minutes.

I ran toward the transition bags and grabbed my swim to bike bag (socks, compression calf sleeves, Commit Oakley Women glasses, endurance aminos in coin purse, tums/salt tabs in pill container, gel flask and towel) and ran into the women’s changing tent. The tent was rather full with women but a volunteer ran over to me and helped me out with my gear.

Karel instructed me to grab what I could and to get out of transition ASAP. I did as I was told by coach Karel and once I put on my socks, compression calf sleeves and Bontrager Hilo Tri shoes (the volunteer helped me as needed) I grabbed my glasses and pocket stuff and headed out of transition.  I had a bit of a run to my bike and helmet so I put the loose items in my pockets and put on my shades.

I found my bike in transition – in front of a light pole which was easy to spot. I spotted my helmet (required on the bike) and started my Garmin 500 in transition (turned on) so it would pick up satellite. My Lazer helmet has a magnet buckle so that was really  quick to put on - no time wasted there. My Garmin 910 on my wrist was on T1 lap time and I  hit lap once again I got on the bike.

I was smiling ear to ear as I was running with my bike for now it was the time I had been waiting for for a very long time.

The next 112 miles were years in the making. From a swimmer turned triathlete who was scared to clip in, use my aero bars and often to get out of the saddle.  It was time to show myself, and only myself (ok – Coach/hubby Karel as well as he can take a lot of credit for my body adapting to cycling training stress alongside better skills/confidence on the bike since we met May 2006) that I could bike 112 miles in record time. I had worked very hard for this bike ride and I was not going to let a 2.4 mile swim, a tad over my “goal” time, keep me from doing the possible. 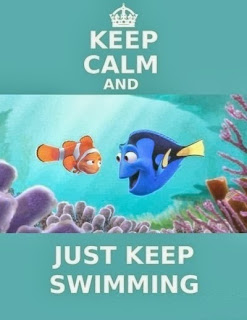