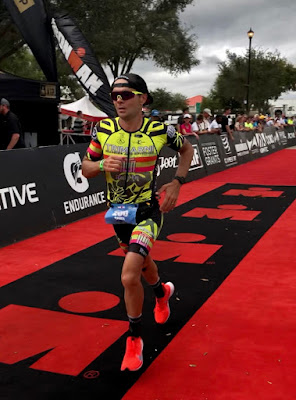 We all know that athlete who seems to bounce back remarkably well from a race, only to show up to the start line at another race just a few weeks later. and make it look so easy. You sometimes have to question if that athlete is superhuman.

Earlier this year, Karel wanted to experiment with the idea of racing two Ironmans "back to back" - within three weeks. However, this wasn't just any two Ironman events. After Ironman Austria in early July, Karel's big race of the year was the 2018 Ironman World Championship. A lot of mental and physical energy was dedicated to that race as it requires a very healthy and strong body and mind to tolerate the race day conditions with the best of the best on the start line. However, due to Karel's bike mechanical issue of riding (most of) the entire bike course on one light gear, let's just say that Karel left all of his mental and physical energy on the big island.

In the days leading up to IMFL, Karel didn't feel any lingering issues from the previous Ironman and he was overall healthy. But there was still the big uncertainty of what his body would do during the race, especially the later miles of the run. In the 48-72 hours before the race, when Karel begins to start his visualization process, Karel was unable to mentally get into that familiar place where he was ready and willing to suffer for 140.6 miles (which is a huge part of Ironman racing, specifically at the level by which the top AG athletes race). While he didn't make any excuses before the race, the unknown left him wondering what will happen to his body and mind as the race progresses.

While the focus, mission and goal for participating in this late season Ironman was for Karel to try to get a Kona slot to the 2019 Ironman World Championship, this was a big experiment with a lot of unknowns and what if's.

Perhaps it works for some athletes but for Karel, the Kona Ironman was still in his body and mind. Karel suffered more than he has ever suffered before at IMFL and it was unfamiliar and unwelcomed. The low moments came earlier than ever before and stayed far too long. Throughout the run, Karel expressed to me many times that he wanted to quit. Never has he voiced that to me before in an Ironman. Sure, we all want to retire from the sport of triathlon at some point in an Ironman but Karel could not escape the mental and physical exhaustion that he was experiencing on the 2nd half of the bike and throughout the entire run. The pain was just not worth it to him.

Knowing that Karel was not injured and he was in overall good health, I made sure he didn't give up. I used every trick that I had to keep him mentally in it, even though his body was beyond done. Because he was struggling to shut up those negative voices in his head telling him that the pain and suffering was not worth "it", I made sure that he knew that it would all be worth it.

Without going into too much detail (I'll save that for the actual race report), Karel was in a very unique position where he was hurting so bad but he was running fast enough (compared to his competitors) that to an outsider, one would think that he wasn't hurting.

As I mentioned above, for most Ironman athletes, slowing down, stopping and quitting often becomes a great idea at some point in an Ironman race. It happens to everyone, regardless of fitness level. But as an athlete, you are expected to have these hardships, struggles and very low moments. That's racing. Although IMFL was an experiment with a mission, I knew Karel would be so upset if he quit the race. Even though quitting would stop the hurt, it was not the outcome that he would be able to live with (even though it seemed like the best idea ever to him at the time).

As an athlete, you need to learn lessons. It's often the hardest ones that help you become a better athlete. Unless health is compromised, giving up teaches you nothing. You can't learn anything by throwing in the towel when things aren't going your way.

The Ironman/140.6 mile distance is a beast of a race. It's incredibly tough - mentally and physically. There are plenty of obstacles to overcome that no amount of training can prepare you for. Every race is different. You may have a plan but there's a good chance that you'll need to deviate from that plan. After a combined 26 Ironman races, Karel and I have learned a lot from the 140.6 mile distance.

Although Karel felt emotionally and physically depleted for nearly half of the race, deep inside he had the right knowledge and tools to get himself to the finish line from his previous races and lessons learned. While it wasn't easy, Karel persevered and all that suffering was worth "it". 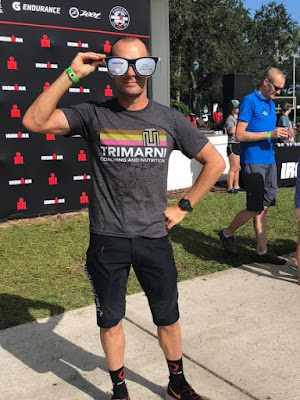 So happy that Karel will be joining me at the 2019 Ironman World Championship start line. I was a little worried after he “retired” from the sport of triathlon during IMFL on Sundays.