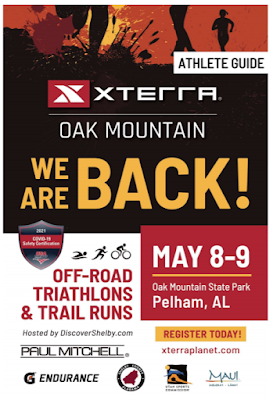 We made our way down South to Alabama on Thursday. It was a long 5.5 hour drive (thanks ATL traffic) but thankfully we gained an hour and had an exciting pit stop to look forward to. We left around 10am and arrive around 3pm local time.

A bit of a backstory.

About two weeks ago (just a few days before Karel raced the Peachtree International triathlon) I had mentioned to Karel about Xterra Oak Mountain after hearing about the effect on That Triathlon Life (from Eric Lagerstrom). I've always wanted Karel to do an Xterra event because 1) they take place in really beautiful places 2) I think he'd really have fun. Karel was interested in the idea and after sleeping on it, he became more and more excited about trying something new. Karel loves off-road biking but his mountain bike is a little over 10 years old and a bit too small for him - causing back pain on top of his already underlying back issues. Knowing that he was due for a new mountain bike, he started searching around. He checked the local shops and online and due to the pandemic, the options were slim (good for the bike shops, not ideal for those in need of a new bike). After spending several hours searching around for a mountain bike that met his criteria, he found a bike in Alabama - just 20 minutes from where we were staying for the Xterra event. Karel called Bob's Bikes and after a quick convo, he purchased the bike - A Specialized epic expert full suspension xc. For the next 48 hours, Karel could not stop talking about the bike. He was so excited and I could tell that this Xterra event was going to be so good for Karel. Like most of us, we have struggled without racing and while the return of triathlon racing is here, the past 12+ months have allowed us to explore new adventures. I've always thought that Karel would do great at Xterra racing because of his bike skills (and have a lot of fun) but it just never worked out for him to do an event. With this event being so close and now having an updated bike (new technology) and a bike that fits him, he's really excited to try something new and to be a beginner again. 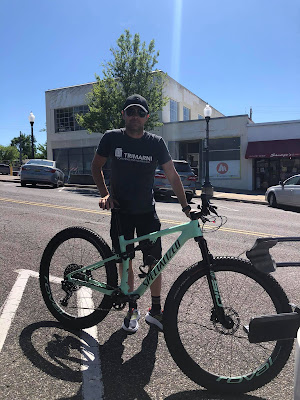 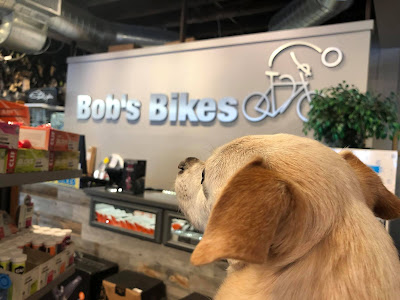 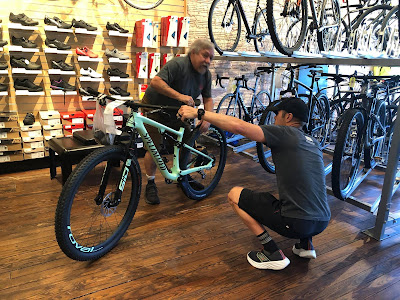 The staff at Bob's bikes was extremely helpful and nice. Nick helped out Karel and set up the bike exactly how Karel asked (this way Karel could ride the bike, race ready - which was probably a good thing since he didn't bring his old mountain bike :) 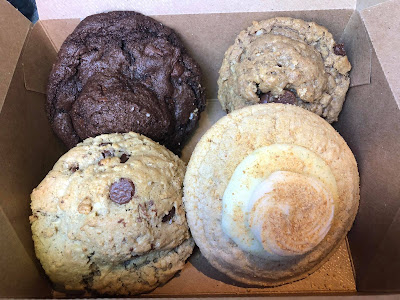 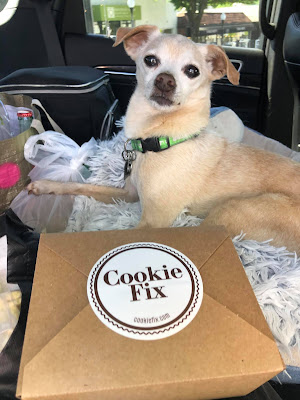 After we finished at the bike shop, we made a quick stop next door for a cookie fix (literally, the name of the store is Cookie Fix) and then we made our way to our hotel - Homewood suites.

After checking in and unloading the car, we made our way to Oak Mountain State Park so that Karel could test out his new bike on the course. The park was absolutely stunning and it felt perfect to be in nature after a long car ride. Although Campy is getting older, he still loves his road trips - he just sleeps a lot more than he used to. He's always had an adventurous spirit and loves checking out new places with us. I hope we can continue to make more memories with our 13.5 year old pup. 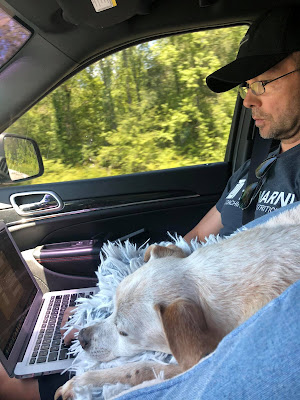 Karel had a blast during his ride and if it wasn't for the race, he said he would have kept riding for hours. Once we returned back to our hotel (~5 miles away), it was time for dinner. Although we have a nice kitchen in our hotel room, we used Grub Hub for dinner so that we didn't have to spend extra time prepping dinner after a long car ride. We ordered Chipotle (we both got a Sofritas bowl) and had it delivered at 6:30pm so that we could pick it up at the front desk when we arrived back to the hotel.

We then worked for a little bit before it was time for bed.
Not only am I excited for Karel to race in his first Xterra off-road triathlon but I'll be doing my first trail race on Sunday - a 20K!

If you'd like to learn more about the Xterra Oak Mountain event, you can click HERE. You can also follow on social media (there's a pretty elite pro field here!). 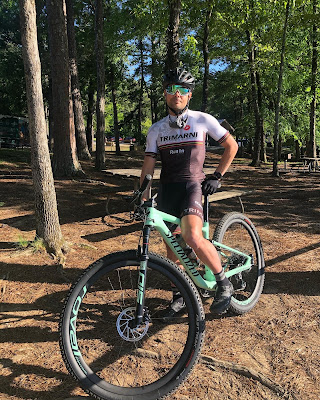